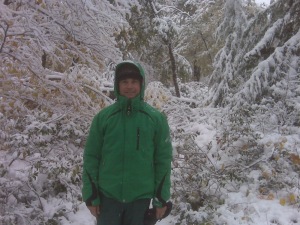 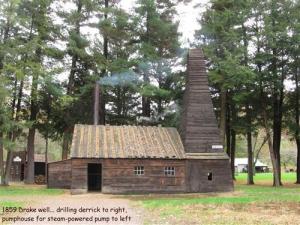 I always liked the change of seasons here in Pennsylvania. The changing leaves of the fall were alwyays a sign that winter was on its way and for some strange reason, I have always loved the snow and the winter. I still do to this day in spite of the fact that most people my age are looking to go south to get out of the cold. From the time I was a boy, when the first snows came, I was the first kid out the door with the pan or the Flexible Flyer to the Stowell’s back yard for a sled ride until my dad rang the bell for me to come home for dinner. Oftentimes it was not enough snow and too much mud and the sledding was a little rough. But as the winter progressed, those early outings and the exuberance of the early season was rewarded with deeper snows and better sledding.

As I started to ski in earnest, I would listen to the ski reports and hope that the phone would ring and Bob Rose would tell me to get ready for the trip to the mountains for the first skiing at our local area, Seven Springs. When I could drive, my folks were pretty understanding of my passion for winter and when we had a snow day off for school, my mom’s car was packed and I was on my way to the mountains. They told me to be careful which I was as I had some harrowing rides on the PA Turnpike, but I always arrived in one piece and left the same. Weekends were the same way with Friday afternoon drives after school to the mountains and the return on Sunday after bunking at the Rich family house on County Line Road near Seven Springs. I loved the winter. I loved the snow. I loved the wool hats and clothes. I still love everything about winter.

One of the more interesting and humorous outings was a while back with my friend Mike Hudson. I had taken Mike to Tuckerman Ravine and showed him big time winter camping and skiing. We had done several road trips and Mike was relegated to hearing my enthusiasm about winter for hours at a time. One time we were at a party together in early winter and I told him that it was going to snow up north of Pittsburgh. For those of you who are not from this area, we have this bigtime snow machine called Lake Erie and when the clippers come across the lake from Canada, it can dump unusual amounts of snow in northern PA. and Western New York State. I went to college not far from the lake and it was winter for most of the year in that neck of the woods. I said,” Hud- we need to go cross country skiing tomorrow and I will pick you up at the crack of dawn.” He was game and we took my International Scout northward towards the snow belt. We started to see snow around Oil City and decided that we would start at Drake’s Well which is in Oil Creek State Park. It was the site of the first oil well in Pa. and as we observed the well while suiting up, the snow was coming down hard and we were excited for an early winter outing. What we didn’t realize was that the ground was still fairly warm and as we broke the fresh snow with our skis, it was sticking to the bottoms of the skis and we were leaving green tracks all over the place. We tried waxing and scraping the snow but the frustrations were mounting and I told Hud,” We are out of here.”

We drove up to the Allegheny National Forest and settled on some trails that were close to the roadway. Same situation occurred. The ground was too warm and the snow was too wet. We were getting soaked and Hud’s enthusiasm was waning. I liked being out in the weather but Hud was getting frustrated with the weather, the conditions, and me. Had I been by myself, I would have enjoyed the day, regardless of what had happened but I was intent on making sure Hud was having a good time. I convinced him that we needed to get closer to the lake because it would be colder with more snow. That was a huge shot in the dark. We ended up at a cross country area near Erie and the conditions were a little better but the snow was still sticking to the skis. I kept plodding onward and Hud was finished. He begged me to get in the car and drive home. I reluctantly said ok and off we went down I-79 in a snowstorm.

I dropped Hud off and told him thanks for the company. He laughed and said,” McCloskey- I have spent 12 hours with you and I need to recuperate. I am not going out now and probably will not leave my house for days after that outing.” Hud is a character and I didn’t take it too personally but it just goes to show you that some people are more enthused about the winter than others. I have been known to drive to Vermont to ski upper Cascade at Killington in October and return several weeks later in bullet proof conditions with the snow guns blowing full force. I like snow storms. I like the muffled sounds that occur when the snow piles up in the trees and on the roads. It is a soft experience and if you can enjoy it on skis, snowshoes, pan, Flexible Flyer, it is all the same. Fresh air in the depths of the winter. Why sit on your couch and wait for spring? Embrace the winter. I have a post from last winter entitled the same. Check it out. I even turned my beach loving wife into a winter participant. She still likes the warm weather and the beach, but she has embraced the winter and has been drawn into the ethusiasm of her husband who may not have all his oars in the water. It’s coming. Enjoy it. Thanks for reading.