It was a bright, sunny day last Sunday in Somerset, Pa. when the clan started to arrive. Heidi and Melissa, Annie and Biff, the Bouchers, Lars and Inger, the Baum girls, Linda Belle, Dixon, Porter,Patty, and a host of others who call the English family their friend. You could feel the warmth of long lasting friendships in the building and in many ways, the group was holding each other tight as mountain life enthusiasts do.

Mountain people are a tight knit group all held together through a love of sliding down a mountain on skis, riding knobby tires, hiking, fishing, and otherwise enjoying the mountains as a place of rest, fun, and safe haven with friends. 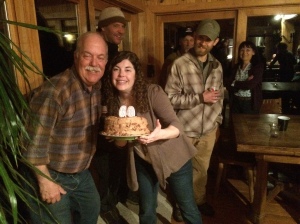 We lost one of our own last Thursday when Brad English was taken from us so unexpectedly. That is why the gathering at the funeral home was in many ways a meeting of the clans from up in the Laurel Highlands. You had the locals, the weekenders, the commuters, all the folks who forged friendships up at Seven Springs Mountain Resort here in Pennsylvania. The North Hills group, the Fox Chapel group, the Mt. Lebanon group, and of course the Seven Springs and Rockwood group. All close knit friends for many years. It was a homecoming of sorts seeing that some of the group had moved away, but as everyone paid their respects to Greg and Mary Ellen English and their family and Brad’s lovely daughter Jenny, you could feel the warmth in the room and the need to hold on to our life in the mountains. 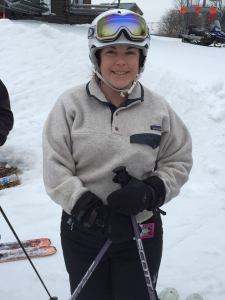 Bill Boucher put it best when he said, ” This one really hurts.” And it did. Brad English was one of the good guys. A friendly welcoming man who grew up in the mountains, built his own house, raised his daughter, and was a friend to everyone on the mountain. He was the first guy standing in line at the Gunnar Chairlift every Saturday when I made my way from the North Face lot to the base of the Gunnar chair. Both of us enjoyed the first chair up the hill, and the groomed perfection that lies ahead for the early birds on the ski slopes. Brad had a great sense of humor when he harassed the ski patrol and lift operators to open the lift up early. He wanted to ski and in his own funny, needling way, the lift guys and the patrol scrambled to make his wishes come true. Brad was a skier, a hunter, a fisherman, all things mountain. Interestingly, when I was a young guy skiing at Seven Springs, the English brothers were in my estimation, the best skiers on the hill. Natural talent. Even when Brad did a stint living in Vail, I remarked out there that Brad was still one of the best skiers in Vail. He was an enthusiast, skilled skier, and sportsman. But most importantly, he was a friend. He was welcoming into his home, and was one of us and now he is gone.

Tuesday there was an on slope service, which is what he would have wanted. Friends skiing, watching the celebration of life from the top of the chair, toasting with frosty beverages and literally and figuratively setting Brad’s spirit free to the Laurel Highlands which he loved so well.

The Gunnar Chair and slope will always be home to Brad. I will always think of him while riding that chair on Saturday mornings.

Life is so fragile and the message that kept ringing in my head was what my mother always told me. ” To have a friend is to be a friend.” That is why she had so many friends and it holds true with Brad English. Lots of friends on that mountain. Life flies by so fast and it is easy to get caught up in the day to day. Easy to never make plans to get together with friends, easy to let convenience get in the way, easy to let work schedules dictate your life. But in the final analysis, your family and friends are everything. Cherish them. Cherish the old times and keep the friendships alive with a phone call, a lunch, a ski date, or whatever. I am guilty as much as the next guy. But like Bill said, this one hurt. It makes you think when you lose a friend. Embrace opportunity. RIP Brad. Thanks for reading.