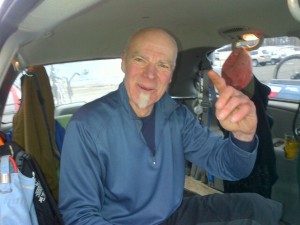 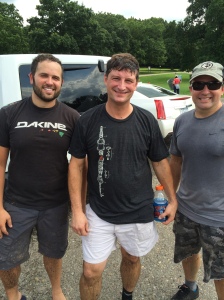 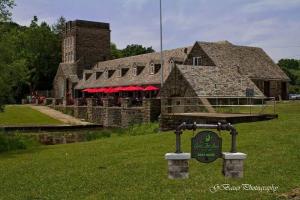 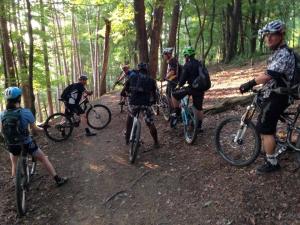 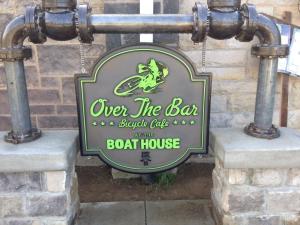 I started riding mountain bikes in our local county park in 1987. At that time,we were outlaws because the county police were not familiar with mountain bike riding especially at night with lights. We were not welcomed by the equestrian or hiking community and basically had to forge our own way in the world with a lot of ill will on the part of the other trail users. If you take the time to look at my post from June 23rd of 2013, you will see that life and times have changed a lot for our local park and the perception of mountain bikes has been radically altered. In order to carve out your place, the culture has to be changed not only in the park but also with associated organizations like county government. Fortunately we have a sympathetic ear now in that the former County Executive was a mountain biker and the current Parks and Recreation Director rides and enjoys other outdoor activities that have spawned in our local North Park.

But this culture change would not have happened if it had not been for organizations like PTAG( Pittsburgh Trails Advocacy Group) http://www.ptagtrails.org This hard working organization driven by folks like Bill Kirk( above left in picture with three guys) and Dr. Jamie Pfaeffle ( middle guy), Dave Brunger, Mike Connors and a host of others who faithfully built, and maintained new trails and met with the county to propose their vision and execute their plans. We now have 42 miles of trails that are enjoyed by many due to the hard work of PTAG. PORC( Pittsburgh Off Road Cyclists) http://www.porcmtbclub.org is a club that supports local rides which utilize trails like North Park. Bob Bannon is the tireless organizer(seen above in the white chin warmer) and has created a weekly ride schedule that makes it possible for riders and new riders to get together. Momentum has been building in the Pittsburgh area when it comes to off road riding and this growing culture of people have also been inspired by Dirt Rag Magazine http://www.dirtragmag.com founded in Saxonburg,Pa by Maurice and Elaine Tierney 25 years ago. Dirt Rag has grown to international status and a lot of the folks associated with the magazine ride in North Park on thursday evenings as part of a weekly organized ride. As the synergy between these groups has meshed over the last several years, the amount of riders in our park system has risen exponentially each year. Where you would only see a rider every once in a while, you now see groups of riders in the park at all times. This synergy has also created a culture of commerce in that the county is anxious to privatize many of the attractions in the park like the zip line venue, a potential bike shop and running store, and current sandwich shop at the golf course. But perhaps the biggest attraction that has added to the culture of riding in the park has been a project developed by Mike Kotyk, Marty Maloney, Robin Maggs and Dirt Rag circulation guru and professional photographer Jon Pratt. http://www.jonpratt.com The Over the Bars Cafe http://www.otbbicyclecafe.com built in the old boathouse is an absolute home run and I will tell you why.

For years, I have often wondered why no one developed the abandoned boat house in the park. It is a classic building with a great view of North Park lake. OTB began as a cafe on the southside of the City of Pittsburgh and it helped drive the city cycling scene as a haven for recreational cyclists, messengers and racers. It was one of the first venues to put in bicycle racks as parking spaces and their success in the city inspired the owners to invest in the North Park location. After a lot of discussion and multiple meetings with county government, the lease was finalized and Mike, Marty, Robin and Jon had attained permission to develop their dream of a restaurant in a county park that would create a culture to further develop cycling and commerce. There was a lot of sweat equity put into the construction and remodeling of an old boat house but if you see it today, it is the gem of North Park with a great bar, comfortable seating, and outdoor tables with beautiful umbrellas and a fire pit that complement the wonderful view of North Park Lake. The menu is casual dining from breakfast through dinner and the weekly featured micro brews attract not only the active crowd in the park but the general public as well because currently the OTB is the hot place to be on a week night or a weekend. When one travels to the parking lot( and the expanded lot due to popularity), you see bike racks on vans, four wheel drives, and all types of vehicles because after a great ride on the roads or trails of North Park, the OTB is now the standard post ride meeting place for the active crowd. The thursday night ride that I referred to earlier is actually called the OTB Ride and it is organized by PTAG member Billy Kirk and his pal Dr. J( Jamie Pfaeffle). In fact North Park now has a freeride trail that one rides at his or her own risk. It is called the Dr. J Trail in deference to its creator who is a spearheading force in PTAG.

It is interesting to see how so many organizations, inspired riders, friends of the park, restaurants, cafes, bike shops, magazines have all come together to create this culture of riding and communing at such a wonderful local county facility. This culture not only creates the commerce that was envisioned by the Allegheny County Parks and Recreation, but it also has developed over a number of years with momentum as these organizations, businesses, and people come together for a common cause. The created energy here is really something to recognize and it should be an example to local communities across the country who wish to develop similar venues and cultures in their recreational parks and public places. This atmosphere has come a long way since I had to turn out my light and hope that the police would leave and let us ride the trails. Now the county police are really supportive and in fact there is a new mountain bike patrol around the lake where the county police ride bicycles to enforce the law. Who would have ever imagined? Personally I am really proud of our park and the culture that has been created. When I roll into that parking lot at Stone Field or the Boathouse, I have a smile on my face because I know that I am part of a culture that has been developed over many years that promotes healthy activities, commerce, and gathering places for all of us Type A individuals to tell stories and laugh and enjoy life. Thanks for reading and if you ever get to Pittsburgh, go to the OTB Cafe on the Southside or in North Park. You will quickly recognize that you are part of something really special.